I’ve been working on my wireless RGB LED boards for a while now. I finally made an all-in-one PCB that includes an msp430, a cc2500 radio module, 3 MOSFETs for driving the LED strips and a 3.3v linear regulator. I know it’s not the most efficient setup, but right now I want to focus on software and need hardware that just works. 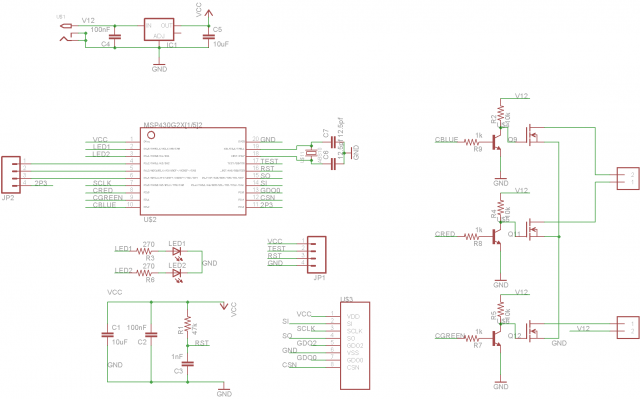 The design is really simple. 12V in are passed through directly to the RGB LED light strip. A 3.3v linear regulator(that gets a bit warm while wasting power) takes care of the msp430 and cc2500. There are two LED’s for rx/tx notification (or anything else I might need). Since the MOSFETS can’t be directly powered by the msp430 (they need to be at +12V to turn on), I added some transistors to drive them. 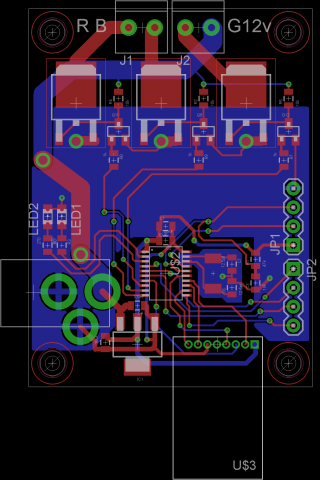 Other than my human error (plugging in to the wrong place while trying to program), the board worked on the first try! I recorded several time-lapse videos of the build, but I haven’t had time to edit them. I suspect they will be part of a longer, more detailed, post with better explanations, code samples, etc…

Since I’ve already posted many videos of LED strips lighting up with the music, I’ll just leave you with a photo of the completed PCB. 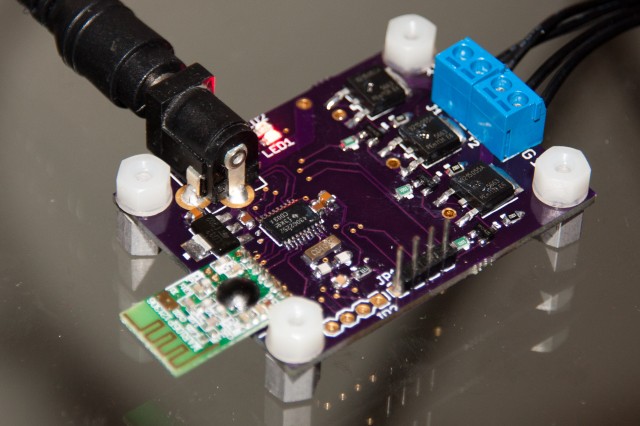