So I’ve started working on another project… This one includes microcontrollers and radios. The “goal” of the project is to have a very cheap 2.4GHz radio module and libraries to use it. I used the CC2500 radio module for my thesis project, but it was part of the EZ430-RF2500 development kit. The kit itself is nice, but at $20/device, it’s not the cheapest.

My first though was to build my own board. I decided against it for several reasons. The first being that the CC2500 only comes in QFN packaging, which would make it a pain to hand solder. The second is that I have no experience designing RF circuits, which would probably result in the thing not working. The last reason is that I found a better alternative.

Turns out that the CC2500 is also used in some PS2 Guitar Hero controllers. They have the CC2500 chip on board and all the passive components (plus antenna!) I figured that would be much easier to work with. It has an SPI interface, so it can talk to most microcontrollers. The best part is that the whole thing costs less than a single CC2500 chip! I was able to get the whole thing for $1.80. (If you buy more than 1000, it only costs $1.35!) The only caveat is that the module has to be purchased from the manufacturer in China, which, at small quantities, makes the shipping a bit expensive. 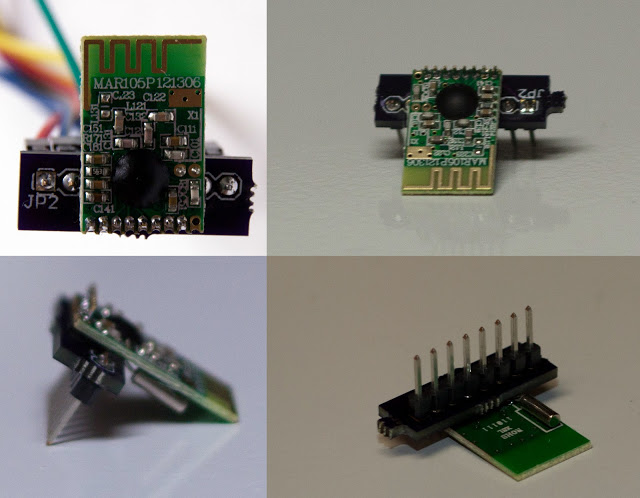 CC2500 module with breakout board.

Since the header for the board has 0.05’’ separation, I had to make a breakout board for testing. I decided to test the radios with an MSP430G2452 microcontroller. I chose that one because is has hardware SPI and is available in 20-DIP package. The hardware SPI is really useful when interfacing to the radio at higher speeds (instead of bit-banging) and the DIP package makes it easy to work with (and fits into the launchpad). 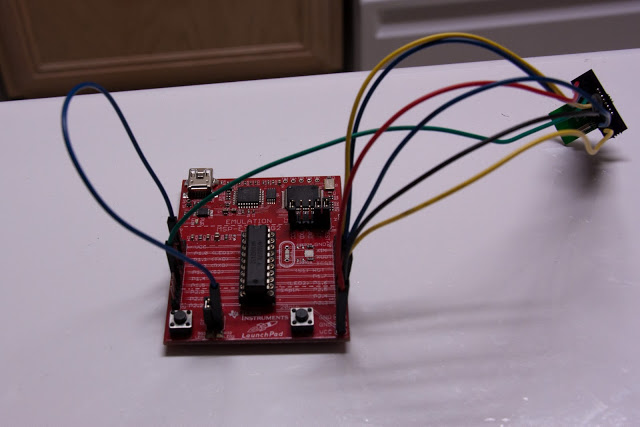 I started writing my own radio libraries. TI provides a network stack called SimpliciTI, but it’s bloated and I don’t like it. For my thesis project, I wrote my own lightweight radio library, but it’s all set up to work under linux and msp430-gcc. Since I want everyone to be able to use it, I’m porting it to work under TI’s Code Composer Studio and putting it on github. So far I only have TI’s demo code from slau144h working, but it confirms that all my wiring is ok and the radios work. Since I only have one launchpad, I replicated it on a breadboard. The code just sends a message when a button is pushed and toggles an LED when a message is received. 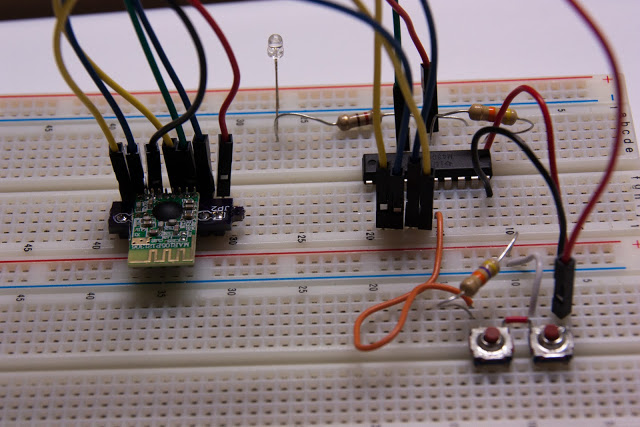 Breadboard with second radio and MSP430.