I have been working on a few projects recently. Two of them involve having custom PCBs made. I’m currently waiting for them to arrive. In order to prototype and test the circuits, I had to order a bunch of parts, so I took advantage of the buying spree to get myself some better tools.

My favourite so far is my new Agilent U1251A Multimeter. After seeing the great review of the U1253A (which is just the OLED display version of this one, instead of LCD) on the EEVBlog, I found one for a decent price and decided to get it. 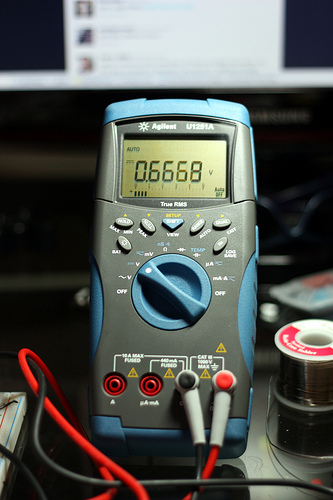 Another purchase was a vaccum base vice that can hold small-ish circuit boards. Since I’m going to be doing some surface mount soldering for my intervalometer project, I wanted to make sure I had something better than my helping hands to hold the boards. 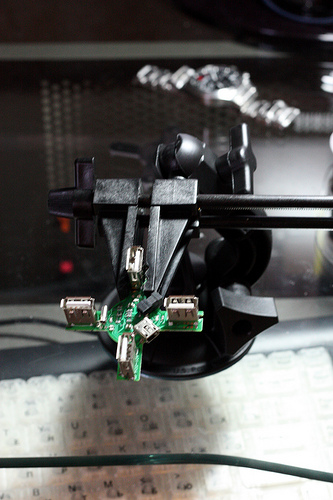 I plan on doing full write ups of both of these projects once I finish, but here are a few details. The first one is an intervalometer for my Canon camera which will use an Attiny13 microcontroller and a small CR2032 battery. It will have a configurable time interval and is only 1x1 inches.

The second one is a simple breakout board for my MBED microcontroller. I plan on using a few of these to permanently attach sets of sensors and other peripherals, while still being able to swap the main MBED board around. It’s not the most exiting PCB, but I’m trying out different services to see which one I like better. I ordered the intervalometer board through BatchPCB and the mbed one from DorkbotPDX. I will also do a write-up about those when I get them. 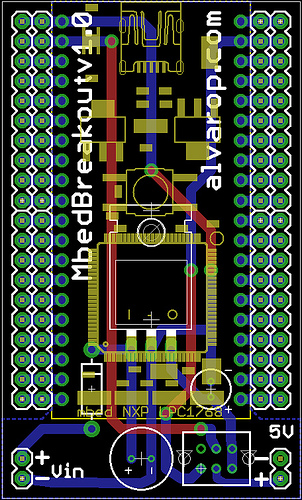 One of my projects requires multiple temperature sensors. I ordered a bunch and tested one earlier. I cut up some phone wires and connected it there so I could put it out the window without exposing the whole board. It seems to be within 1 degree of the actual temperature, which is more than enough for what I’ll need. 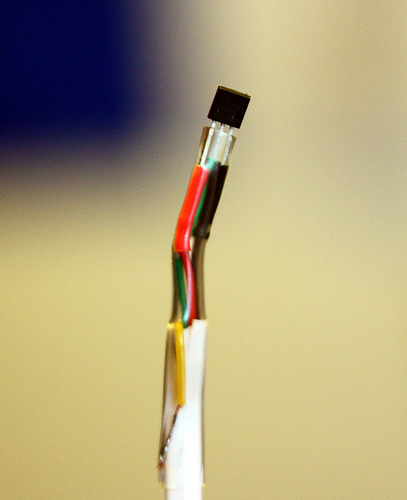