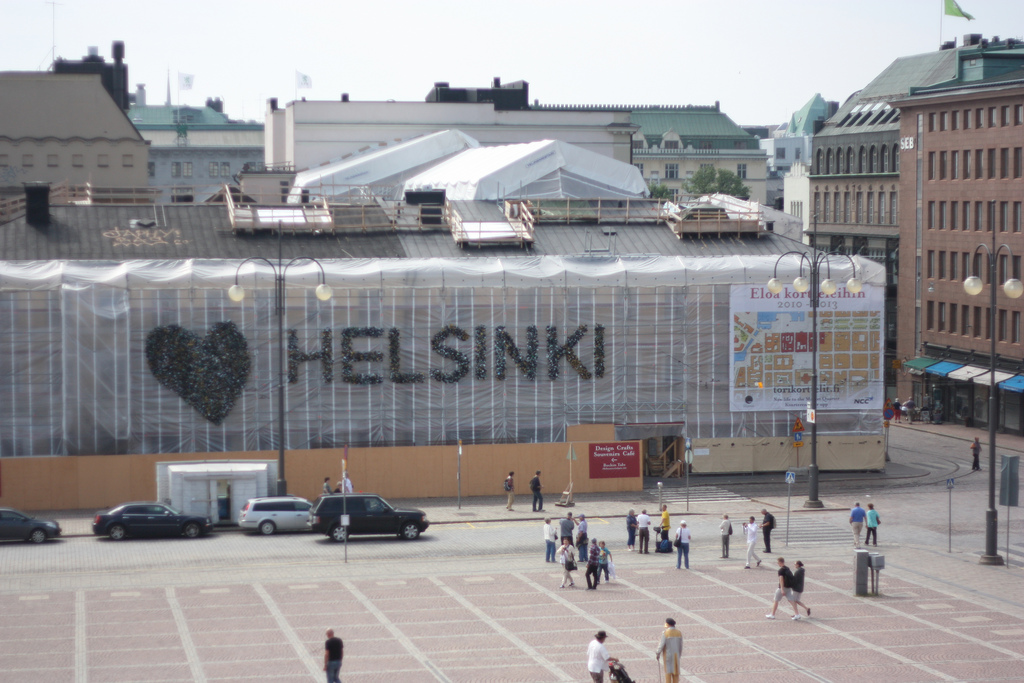 After leaving from work on Friday, I took the train to Helsinki. After arriving, I went to drop off my backpack to the hostel where we were staying for the weekend. The hostel was in the old Olympic stadium (from the Helsinki Olympics in 1952.) We then headed back to the city center and stopped at a coffee place to wait for the rest of the group. The hostel was about 30 minutes walking from the train station, so we bought a two day public transport ticket and took a tram.

The other trainees from Tampere were coming in a later bus. They ended up meeting us in the coffee place, but soon after headed to the hostel to drop off their things. The rest of us headed to Kaivopuisto, the main park in the city, to meet with the rest of the people.

It took some time before everyone arrived, but there were more than 20 people in the park at some point. I met people from many different countries such as Serbia, Estonia, Canada, Spain, France, Portugal, and Iran, among others. We had some sandwiches and other snacks and hung out until 10 or 11pm. We then went to a place where there was a Finnish “traditional dance” music party from long ago. Most people were dressed accordingly. Unfortunately I didn’t pack any old clothes when I came to Finland. I had a lot of fun. Around 1am, some of us took the last tram back to the hostel. 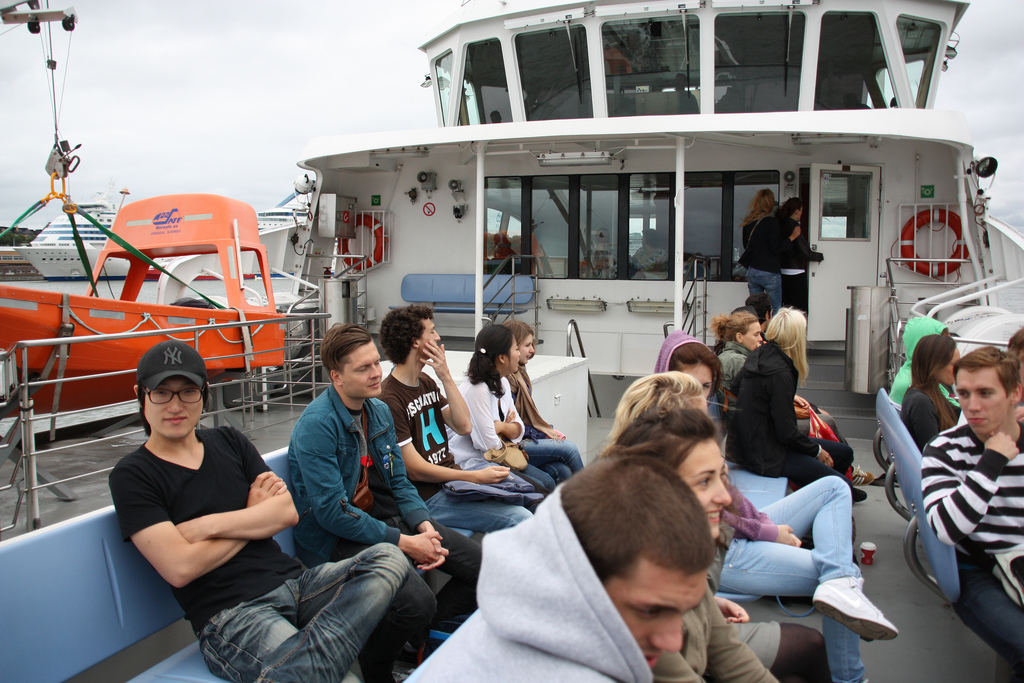 Since most people stayed out until who knows when, the Saturday activities were slow to start. Unfortunately I was awake quite early and had to wait until everyone was up. A few of us left early and got some breakfast before heading for the port. We took a ferry to the Suomenlinna sea fortress. We walked around for a bit and later went on a guided tour of the island. The girl giving the tour gave us a humorous story about the island. Here are a few things I learned:

Finnish soldiers had to drink liquor before battle so they would be slightly braver. Since it was hard to get clean water to the fortress, they drank beer instead. They also decided not to build a strong defense on the side of the fortress facing Helsinki, because why would anyone attack from their own land. One winter, the Russian army walked up the frozen sea and attacked just there. They won that battle. There were many other interesting facts, but I can’t remember them all.

After the tour, we went into a small building with benches and had some food. We had plans of going to another island, Seurasaari, and spending the rest of the day there. Unfortunately the weather was not cooperating and people did not want to be outside in the cold. We decided to head back home and meet later that night at someone’s house.

I went to the bathroom in the building and when I returned, most of the people were leaving. I realized it was time to go, so I went inside to get my stuff and pick up whatever was left behind. When I went outside again, I did not see anyone. Apparently since everyone was so cold, they were walking very fast. I spotted one person in the distance walking away, so I followed him. Unfortunately I did not walk fast enough and lost him. I took a wrong turn and was lost for a few minutes. When I finally arrived to the ferry stop, I saw it leaving. Apparently no one realized I wasn’t in the ferry… 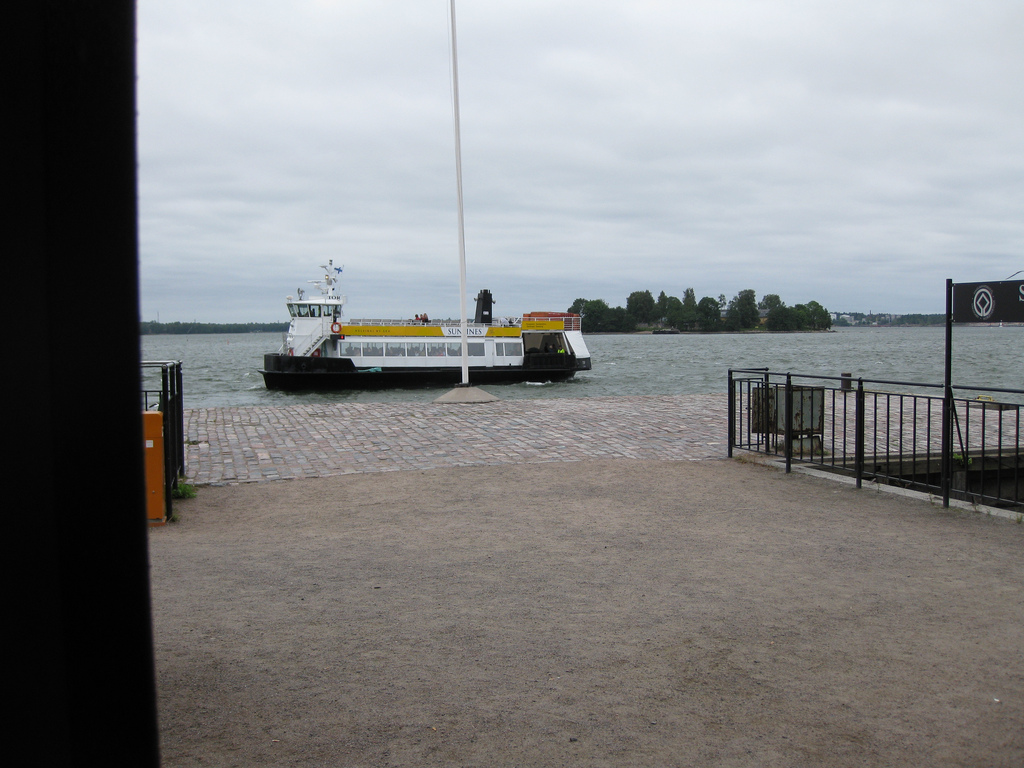 I sat down to wait for the next ferry, which would arrive in half an hour. After 20 minutes or so, four other people from the group arrived to the ferry stop. They had stayed behind and gone to a museum on the island. Once we got on the ferry, I went on the deck to enjoy (what I thought was) the nice weather. The other four stayed inside. I met a guy on the deck named Osku and his friends. He’s getting married so his friends made his boss call him to work (during his vacation) and dressed him up as a German soldier. They told me what they had done so far and that they had a few more surprises left for the poor guy.

After we landed, I headed back to the hostel. The rest of the group arrived after I did since they had gone shopping after they arrived. We headed to one of the locals’ house. They had food and drinks for everyone. It was a small apartment, but we managed to fit quite a few people. Eventually we all got together and got a group photo with a Polaroid they had around. 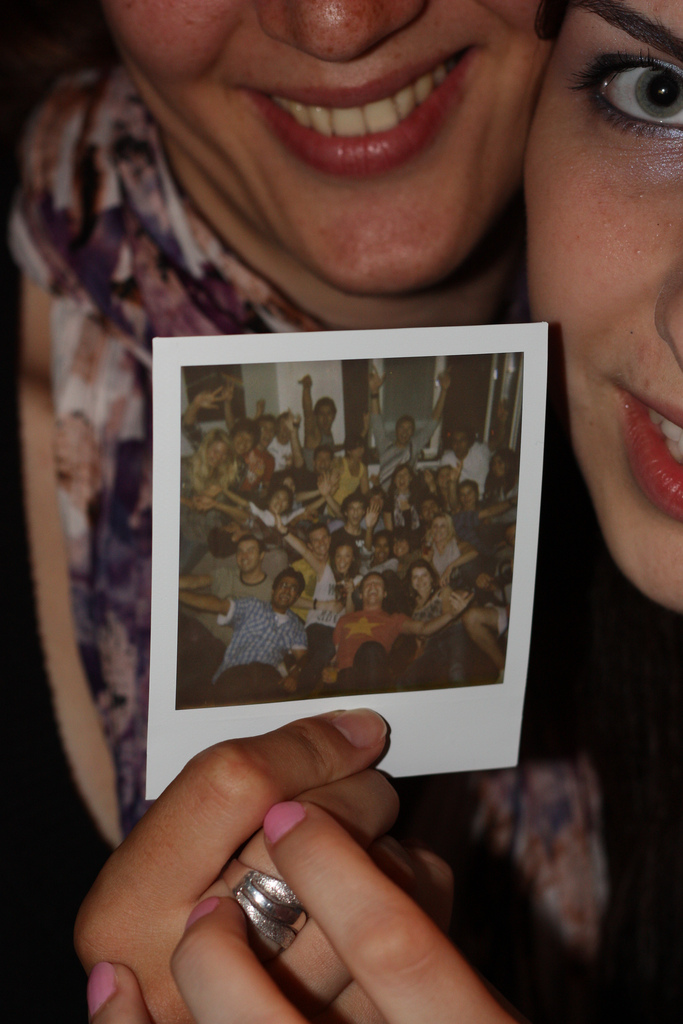 After a while, everyone decided to head to a night club in the city. I didn’t go in with the rest and headed home, or so I thought. I wanted to take the last tram so I wouldn’t have to walk all the way. After a few stops, there was an announcement in Finnish. Many people got off at the next stop. I had no idea what was happening, so I asked one of the people that was still on the tram what they had announced. She said that this tram was not going to follow its usual route. I got off at the next station, but was already off course. After walking for a while, I managed to find the hostel, but not before ending up at a theme park somewhere in the city. 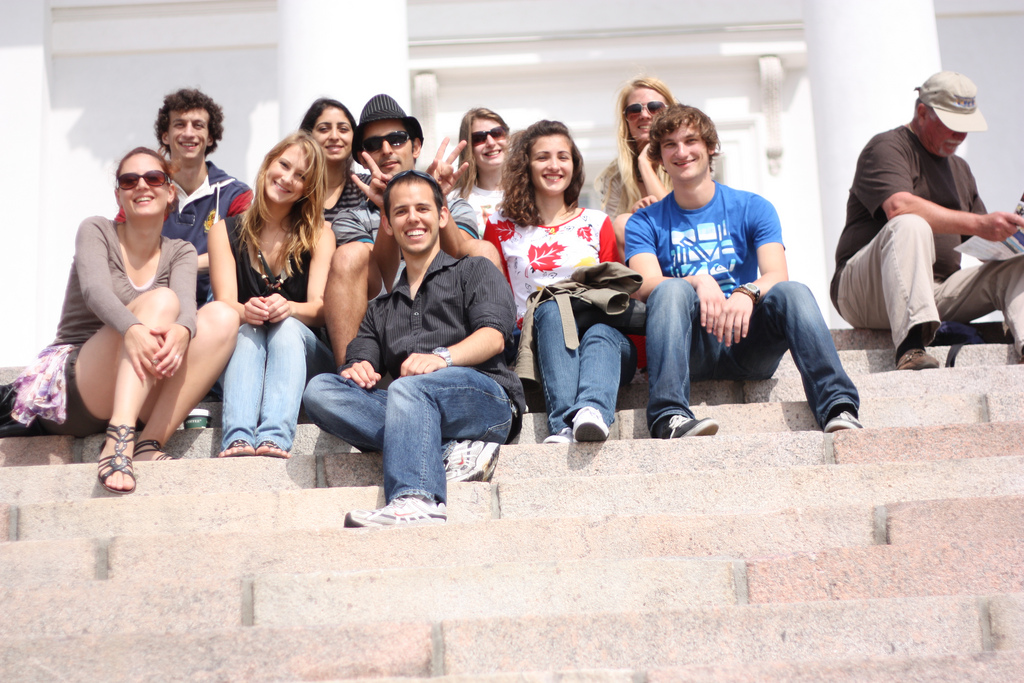 The next day several people headed home early. The rest of us walked around Helsinki for a while. I took the train home around 3:30.